Addison’s disease is a condition that can occur no matter a person’s age. It involves the adrenal glands. When the disease goes untreated, it can lead to an “Addisonian crisis,” which occurs when the body is unable to release enough of a hormone called cortisol. When that happens, blood pressure and blood sugar can drop too low and potassium levels can be too high. An Addisonian crisis can lead to death, so it requires emergency medical care. If your older family member has Addison’s disease, knowing more about it can help you to better respond to their needs.

Addison’s disease occurs when the adrenal glands are damaged, causing them to be unable to release enough cortisol. There are two adrenal glands in the body. They lie on top of each of the two kidneys. They are an important part of the endocrine system since the hormones they produce provide instructions to organs and tissues.

Each adrenal gland is made up of two parts, the cortex, which is the outer part, and the medulla, the inner part. The cortex makes three different kinds of hormones, glucocorticoid, mineralocorticoid, and sex hormones. Addison’s disease is the result of damage to the cortex, making it unable to produce enough hormones.

Addison’s disease is caused by one of two things:

If you or an aging loved-one is considering Home Care in Sunny Isles, FL please contact the caring staff at Elite Care At Home today at (305) 231-0555. 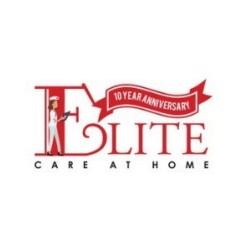 Owner at Elite Care At Home